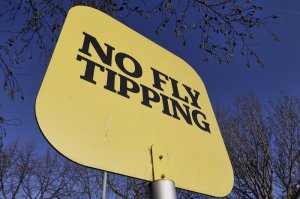 A pilot scheme to support landowners with the cost of removing fly-tipping from their land and securing it against future incidents is being rolled out across the county.

Earlier this year, Police, Fire and Crime Commissioner Stephen Mold set up a scheme to help farmers and landowners, with a view to intervening early to prevent crime and to assist in tracking down people who are fly-tipping.

Local authorities do not remove fly-tipped waste on private land, which is the responsibility of the landowner to clear.

Under this new scheme, farmers and private landowners can apply for a grant towards the cost of having the fly-tipped waste cleared away and to support them in putting prevention measures in place that will make the land less vulnerable to fly-tippers in the future.

Grants of up to £1,500 are available and the scheme is now open to landowners across Northamptonshire who can apply by contacting their relevant local authority.

More can be read here: